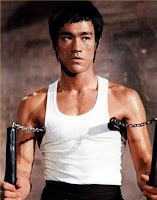 People thought he was incredibly arrogant when he posted a sign outside his martial arts school saying that he would accept a challenge from anyone, anytime, any place. Actually his primary motive was to ‘upgrade’ and learn from his opponents. And after each encounter he would befriend his opponent and was totally open to share the secrets of his own craft.
Thus we see that this man was:
a) Never satisfied with the status quo.
b) Always questioning existing methods of doing things.
c) Always looking for better ways of doing things.
d) Open to new ideas no matter where they came from.
e) Constantly coming up with new ideas and innovations.
Such an attitude is central to the meaning of productivity and we would do well to learn from him. But one aspect of his character which we want to avoid is his stubbornness. He refused to accept advice from his loved ones to seek medical attention even when it became obvious that he had a serious health problem. The rest as they say, is history.
Posted by Lam Chun See at 06:46

Email ThisBlogThis!Share to TwitterShare to FacebookShare to Pinterest
Labels: Productivity

From bruce lee fighting techniques we can relate them to productivity principles. There was this japanese guy who trained himself proficiently in akido hoping to make use of it one day. One night while on his train journey back home his chance came when he spotted a seated drunkard. Hoping to provoke this guy for a fight (so as to practise his akido), he deliberately stepped on this guy foot, expecting him to response. Being a good natured chap, this akido man automatically apologised for his mistake. To his surprise, the drunkard accepted his apology without reacting. So far, he has no chance to display fighting skill for self defence. The chinese use to say: "employ a soft approach first before deploying the hard one". This is specially true as a guiding principle when handling people.