Bring 5S with you wherever you go

When I conduct 5S training, I like to end my session by reminding my trainees that they should bring 5S wherever they go. This is another way of saying that they should not apply 5S only in their workplace but other places as well; such as in public places, roads, car parks and of course the home.

Let’s take public places for example. If you take a good look around, you will find many examples of inconsiderate behaviour such as littering, inconsiderate parking of vehicles as so on. In fact, a number of blogs have surfaced highlighting such “Bad 5S” as I like to call them. Here are 2 such blogs by Stompoli that I read frequently:

1) Be heard, be seen
2) Irresponsible motorists in Singapore

Recently, I too came across a couple of such situations that I would like to share with you here:

This photo was taken along Pandan Loop sometime in November last year. 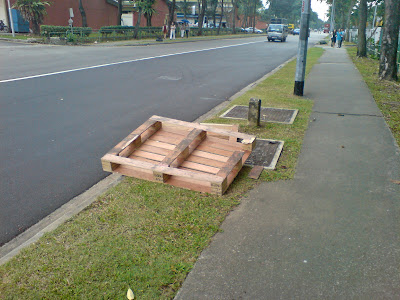 This one was taken just last week in Tagore Lane. 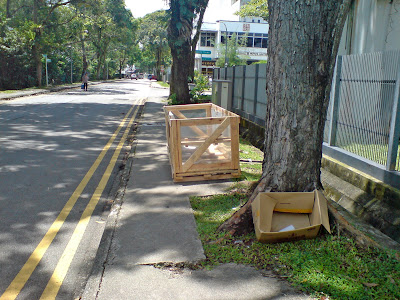 This type of irresponsible act reflects on the ugly side of Singaporeans, that is if not caught, they will never be accountable. Notable among these anti-social behaviour are: casting away supermarket trollies at a place after serving their convenience, throwing away of old disused furnitures at odd corners or even inside the lift for cleaners to card away, abandon unwanted pets in obscured places for others to pick them up (or ornamental fishes in reservoirs), and many other misbehaviors. When such misdeeds are pointed out to the relevant authorities and the standard reply goes something like this: 'Not to worry, we shall educate the public and such problems would be resolved through time'.

Indeed, you should being it for safe experience.
compare airport parking